Twenty-four of the Smithsonian’s museums, programs, and research centers were asked to nominate their own contender and then took to social media to encourage the public to vote for their object in a bracket-voting competition. The bracket was split into the four subject areas covered by the Smithsonian’s collections and research – Art, History, Science, and Culture – and three rounds of voting narrowed the contestants down to one winner. The Twitter battles between the museums and centers as they fought for the public’s votes led to the trending of hashtag #sishowdown, local and national media coverage, and over 90,000 votes.

Through reading the descriptions of the objects and making their choices based on what they read, the public learned about many of the lesser-known museums, programs and research centers of the Smithsonian. In addition, the entertaining (yet still educational) Twitter battles between the Smithsonian museums and centers led to local and national news coverage – including two articles each in the New York Times and The Washington Post, as well as being the feature subject of the popular podcast The Gist from Slate. The news channels themselves discovered the museum banter as it was happening on Twitter.

Even after the Showdown was done, it was having an impact. Social media managers across the Smithsonian enjoyed the opportunity to collaborate and took the Showdown as a model for future collaboration. And the public had something fun to remember. Many social media managers reported being asked about or hearing mentions of the Showdown at museum events months after the fact. In January 2015, there was even some mention of the Showdown on twitter by the National Air and Space Museum and fans – leading one fan to admit that when she was at the National Zoo the other week, she thought in her head, “What’s black and white and has been to space?”

Check out the hashtag #sishowdown to read all the creative tweets and posts by the contestants and fans or get the CliffsNotes with these storifys:  Round 1, Round 2, Debate and the screenshots of tweets below. 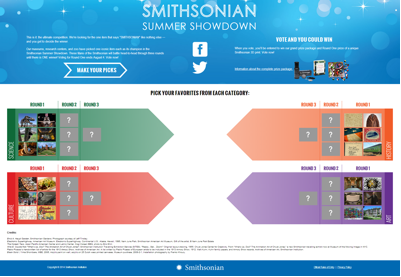 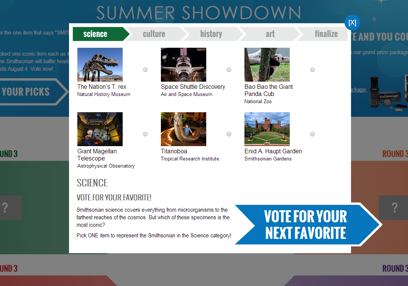 Voting pop-up window to lead voters through the process of voting in each category and then submitting their vote. 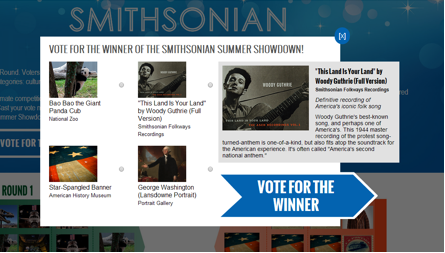 Information roll-over example. Voters would get more information about each object when they rolled over the image of the candidate. 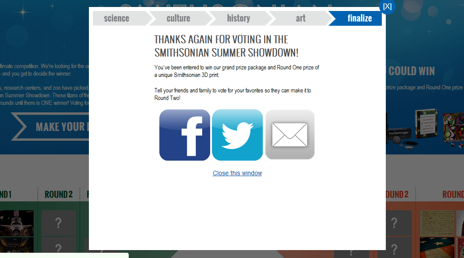 After voters submitted their votes, they were than asked to share their participation on social media to help spread the word. 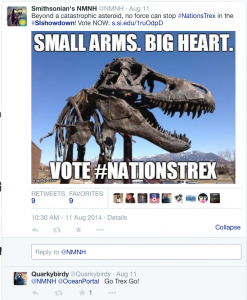 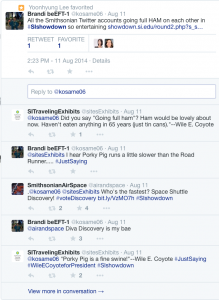 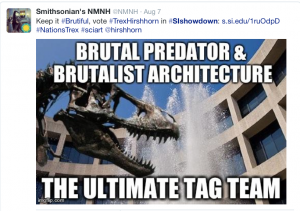 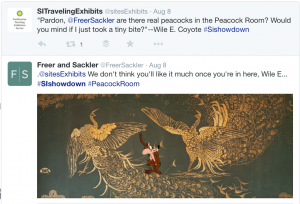 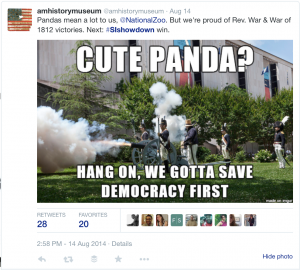 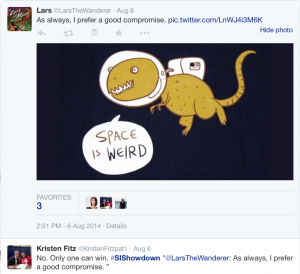 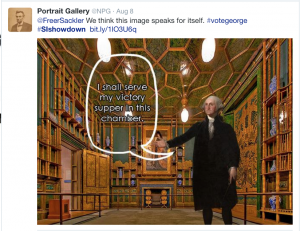 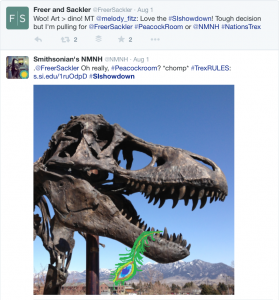 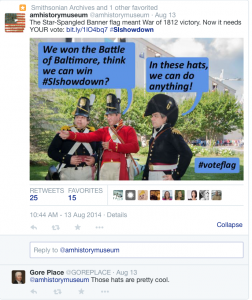 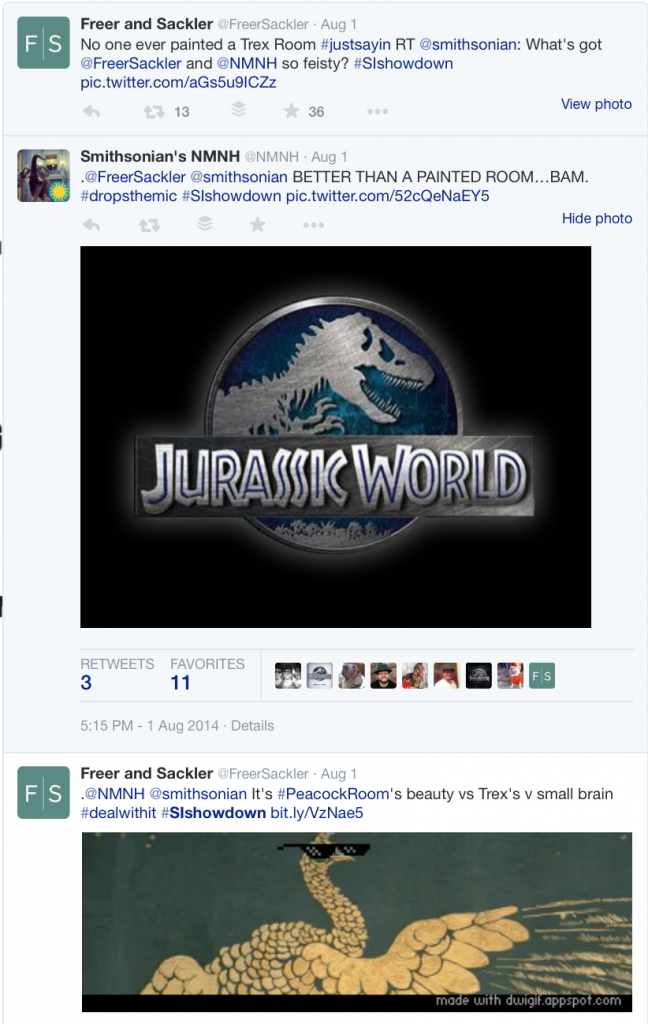 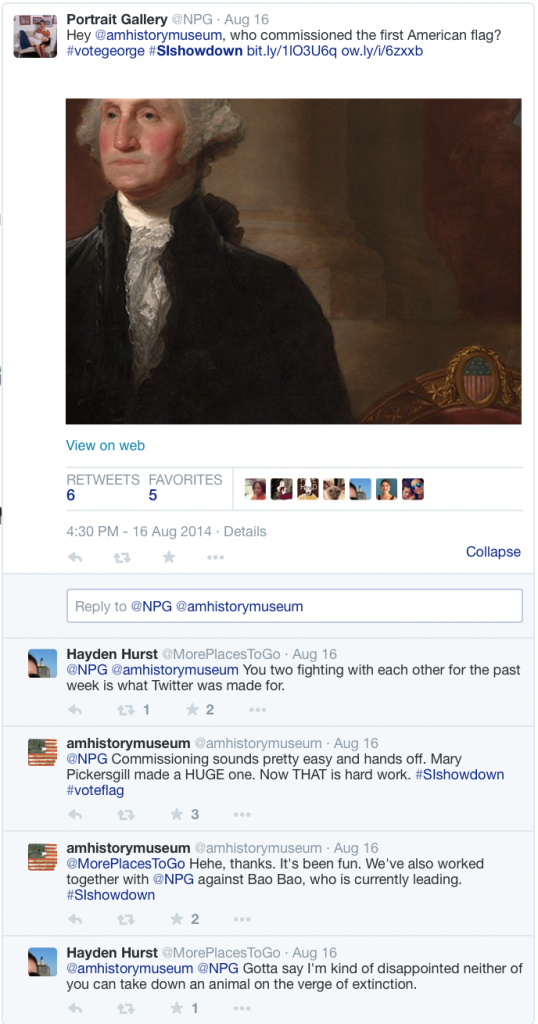