Turner’s Apothecary Mood-o-Meter, http://turner.pem.org/, is a responsively designed interactive web app created for a Summer 2014 exhibition of over 110 works by British painter J.M.W. Turner titled “Turner and the Sea”. One of the five galleries in the exhibition was called “Imagining the Sea” and it featured watercolors, drawings and prints, 37 of which are included in this web app. Many of these paintings were unfinished works, experimental sketches that he used as studies for larger paintings. They are atmospheric and moody, dealing with light, air, weather and water, capturing a certain moment in time. The paintings have a great sense of emotion – fear, exhilaration, happiness and awe.

The interpretive team wanted to create a fun interactive experience that would spur close looking at these works by in gallery users, but also introduce the artist and the exhibition to a wider audience and encourage social sharing.

We wanted people to think about Turner’s power to communicate emotion and how the paintings made them feel.  We created  a visual quiz that diagnoses people’s “mood” and then “prescribes” them a Turner painting to suit that mood with the encouragement to explore these works on a deeper level. Moods were derived from the four temperaments (which were being used during Turner’s lifetime to describe moods): sanguine, choleric, phlegmatic, melancholic and also added sublime and joyful.

With great design, movement, and a touch of humor, the Mood-O-Meter pulls audiences into interaction not just with the mobile experience itself, but with the works of art it leads them to. Taking inspiration from the period aesthetic of the scientific instruments and apothecaries of the early nineteenth century, the design invites visitors into Turner’s world. There are 5 brief questions which a user answers and then receives their “prescription”. Each of the questions hints at an aspect of his life – what he liked to read, how he made his paints, even favorite foods – suggesting aspects of Turner’s character. The final resulting “diagnosis” created a personal and individual connection to a work of art, encouraging close looking at some more experimental works that might otherwise be overlooked. The fun of the interactivity encourages users to keep moving through the short quiz, as evidenced by an unusually high completion rate.

It was important to us that the Mood-o-Meter be accessible on all devices – not just an app that could only be downloaded for iPhone or iPad. We built it responsively as a web app that could be used on any mobile device or desktop. Taking advantage of some fun touch gestures, such as spinning a dial or turning a knob, swiping to move another element on the screen and to physically “shake” the device to activate a potion mixing process to which creates your prescription. All of this made for an incredibly fun experience and we have seen a consistent completion rate of 83% with over 25,800 users.

We also designed physical badges (buttons) representing the 6 mood words that could be prescribed and gave them out at the Museum’s admissions desk during the run of the exhibition. 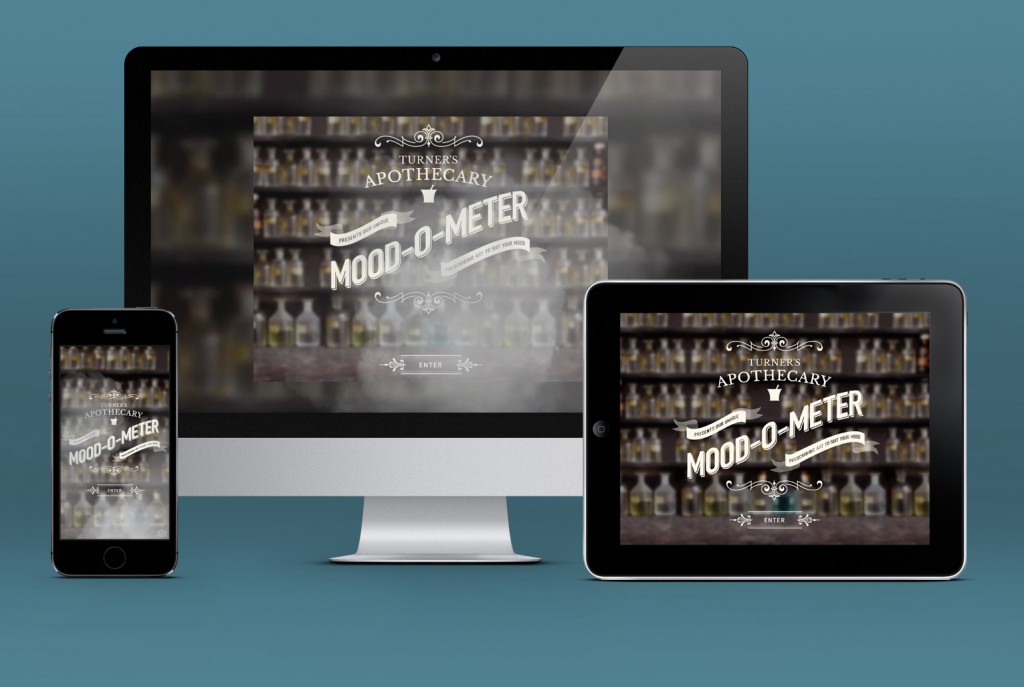 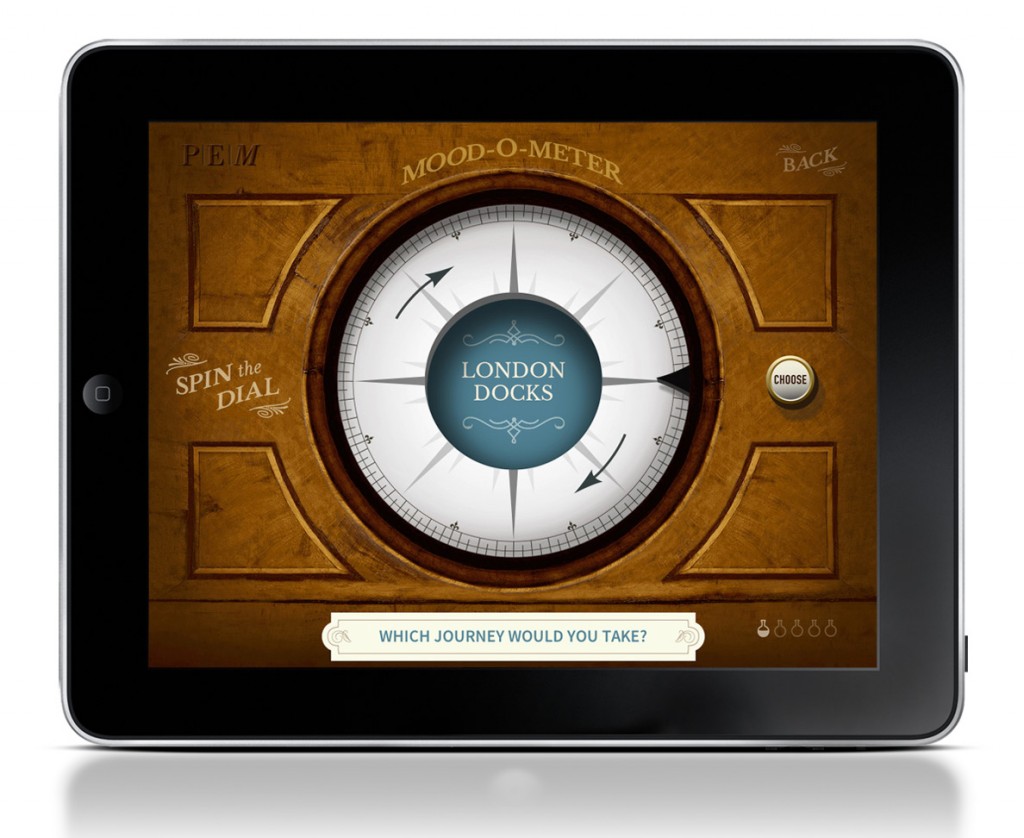 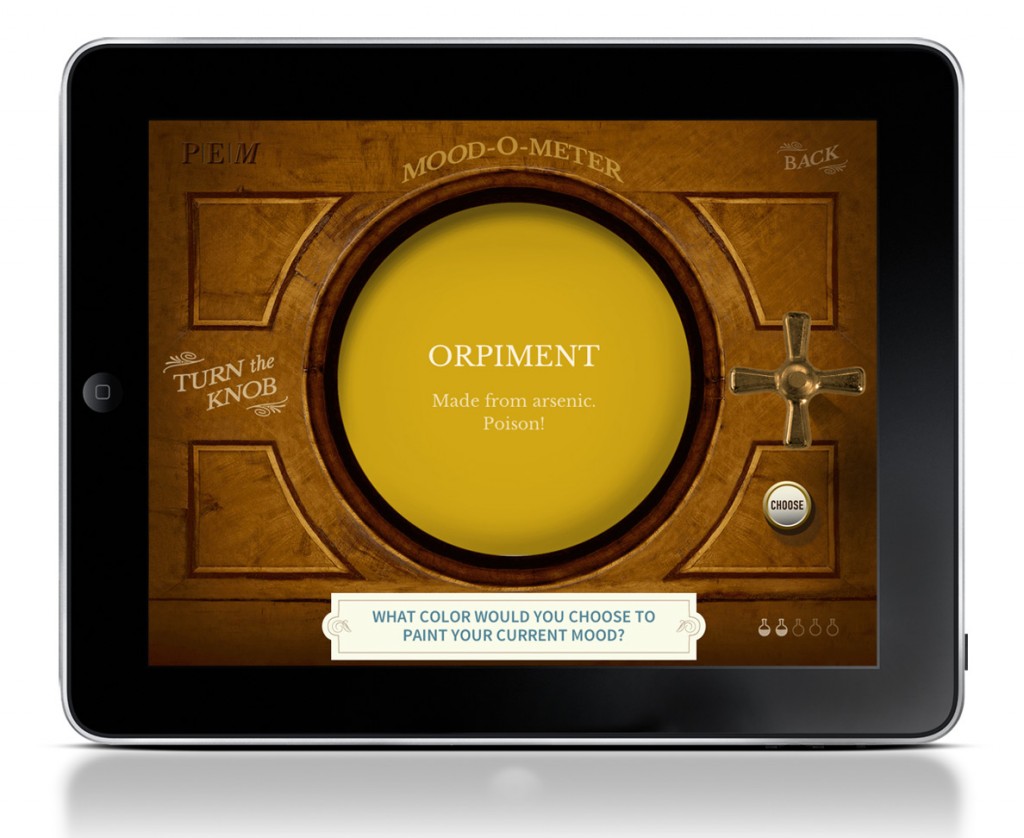 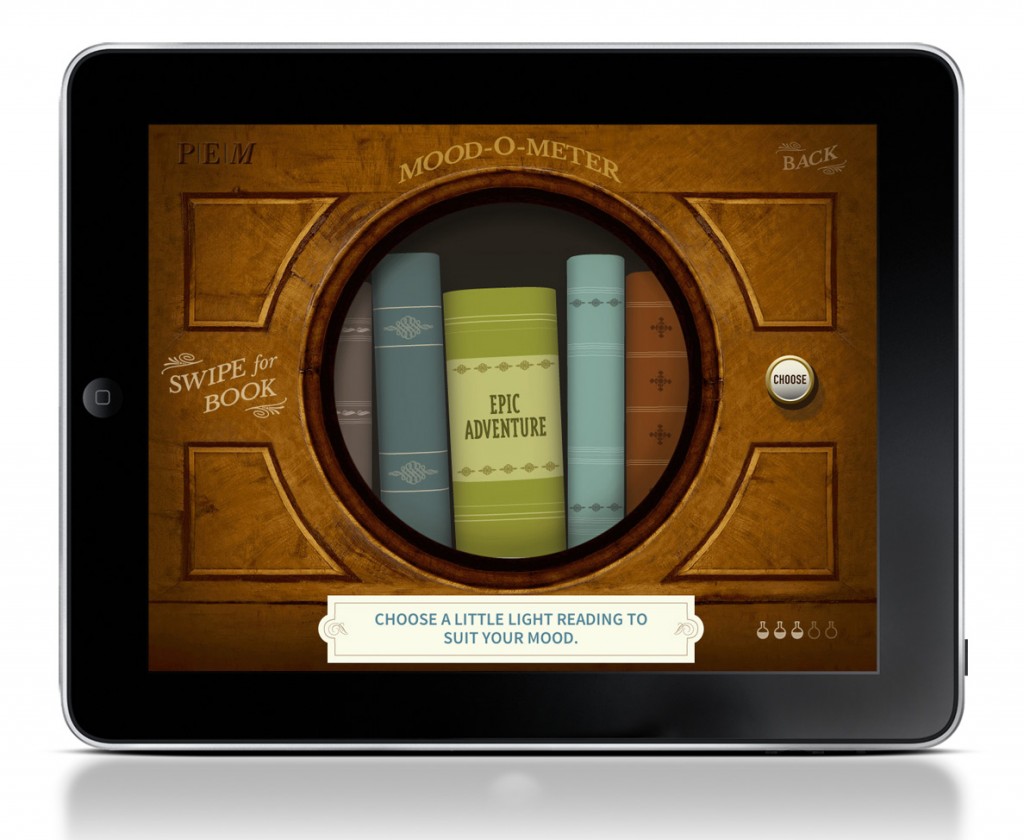 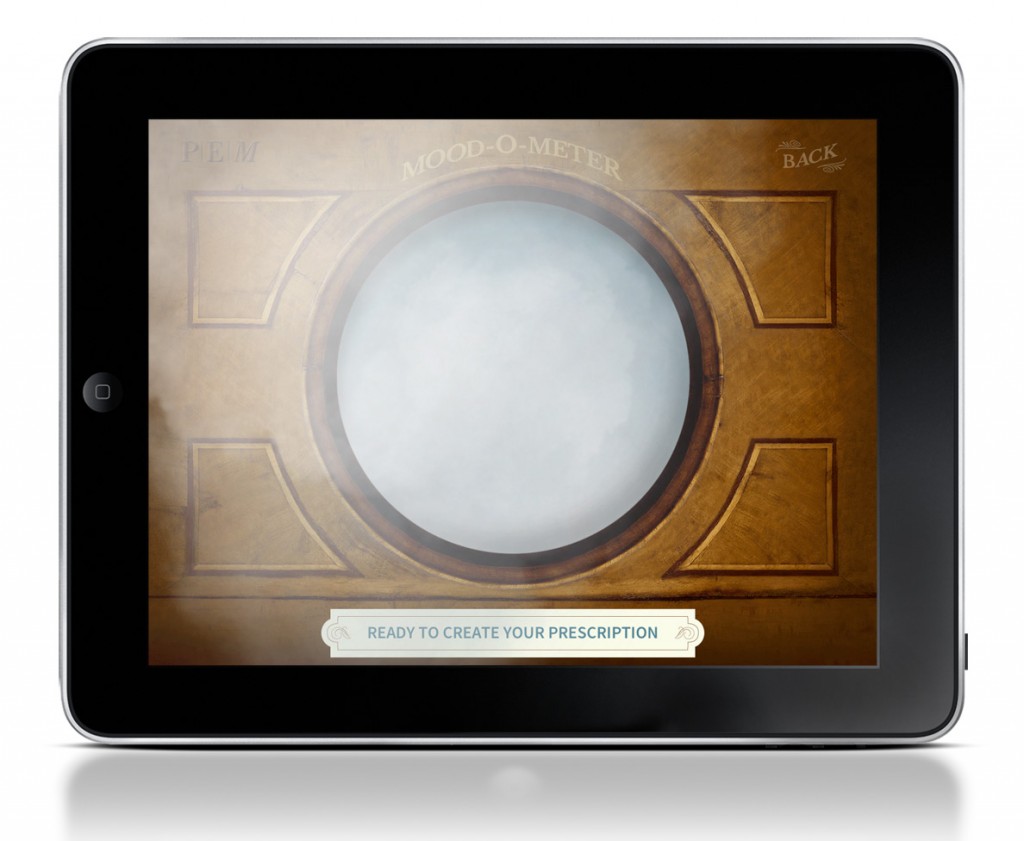 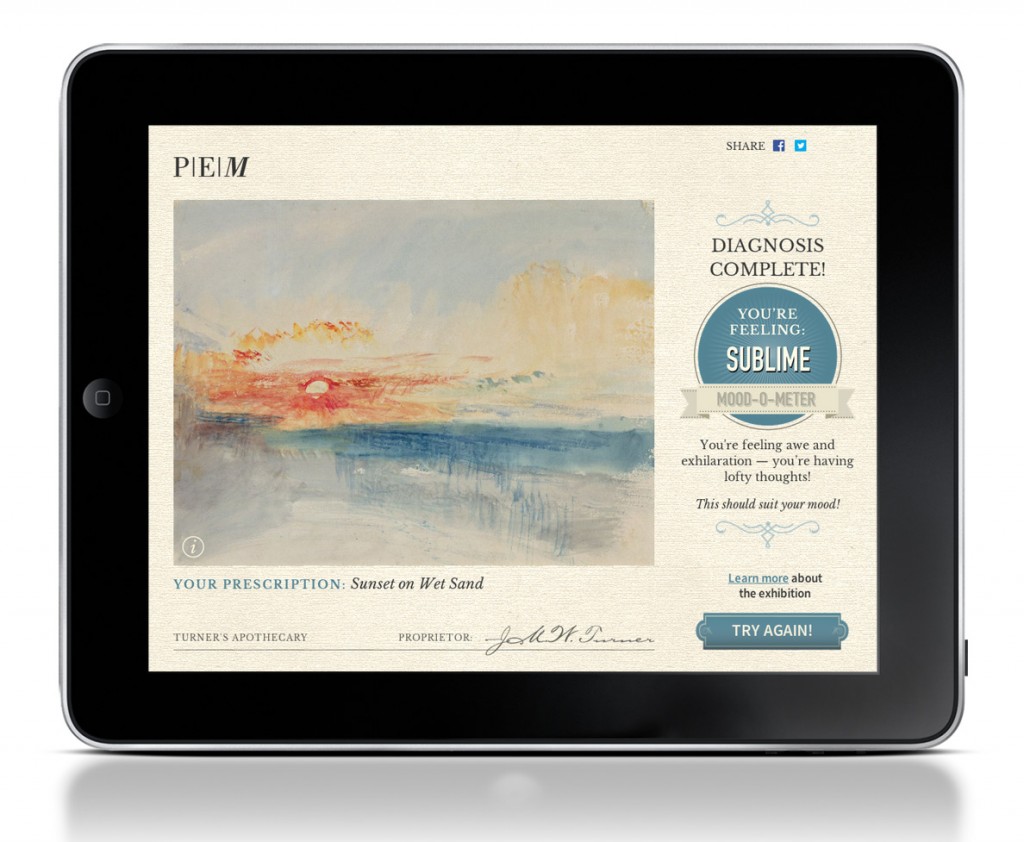