This iPad application, called Pointillize Yourself, allowed visitors to the Face to Face: the Neo-Impressionist Portrait 1886-1904 exhibition (June-September 2014)  to take a photo of themselves and turned it into a Neo-Impressionist style painting. 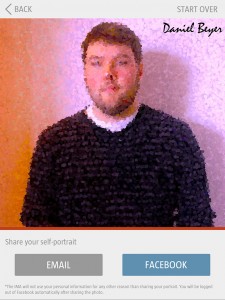 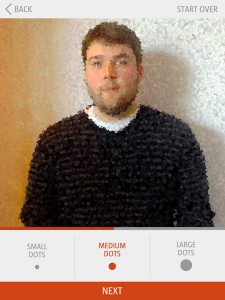 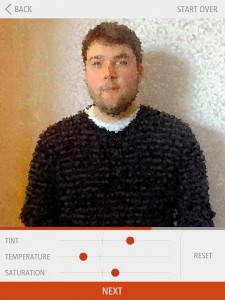 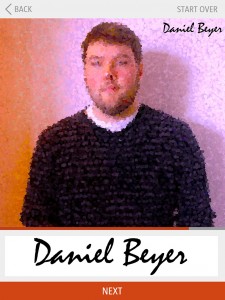 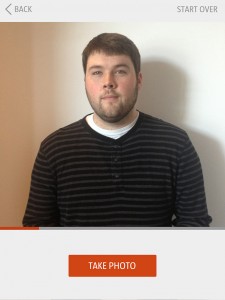 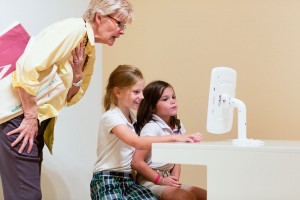 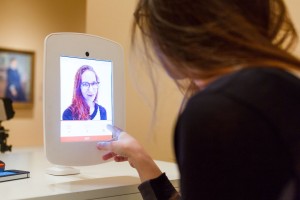 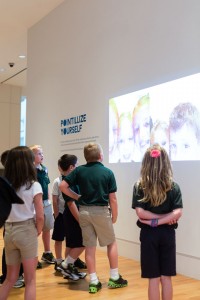 By interacting with the iPad’s interface, visitors could first take a “selfie”, then apply a pointillist filter, select the thickness of the dots (small, medium, large), apply color gradients (tint, temperature, and saturation), add a digital signature, and then email or share the finished self-portrait on Facebook.

The app, which was developed in cooperation with E-gineering, a local software development company, was made available on two iPad kiosks installed in one of the exhibition’s galleries. Using Lilitab cases (http://www.lilitab.com/) with a hole for the camera, the iPads were mounted on tables. Stools were available between the tables and the wall for people to sit down while interacting with the app. The self-portraits created through the app were also projected outside the exhibition where visitors were often observed waiting to see their photo appear, as well as taking photos of themselves standing in front of their self-portrait.

By building on the current “Selfie-mania”,  the app provides an entertaining and educational experience that is also intuitive and easy to use, as evident from the fact that it was used by over 60% of the exhibition visitors.  For more details about the app and the feedback we received from visitors go to: http://mw2015.museumsandtheweb.com/paper/whats-the-point-two-case-studies-of-introducing-digital-in-gallery-experiences/

The IMA has also worked with the Philips Collection in Washington to adapt the app and install it in their recent Neo-Impressionism exhibition, where it was also well received by the audience.