The Freer|Sackler launched a new initiative: Open F|S on January 1, 2015, providing unprecedented access to one of the world’s most important holdings of Asian and American art. The Freer and Sackler galleries are the first Smithsonian and the only Asian art museums to digitize and release their entire collections, and in so doing, join just a handful of museums in the U.S.

They’ve photographed and uploaded their entire collection into a digital asset management system—more than 40,000 objects and almost twice as many images, from Whistler’s Peacock Room to the tiniest unnamed ceramic sherd. They have examined the rights information on every object and marked them appropriately. They have reviewed records, both complete and incomplete, and deemed them acceptable to make public. These images are now ready for the public to download, modify, and share for noncommercial purposes on their new online collections database, Open F|S.

Open F|S is the result of a massive staff effort to photograph and create digital records for all Freer|Sackler objects, requiring at least 6,000 staff hours in 2014 alone and resulting in more than 10 terabytes of data. The process began in 1998, when John Tsantes, former head of imaging and photographic services at the Freer|Sackler, created the first fully digital photography studio at the Smithsonian.

They also started a new series on their blog called the Friday Fave, a weekly blog series in which Freer|Sackler insiders describe their favorite objects in the newly digitized collections. They use the posts as a chance to share with the public what inspires them, and hope that in the coming months, the public will tell their own stories about cherished F|S objects.

What’s planned for the future? For one, they hope to create new features of Open F|S—such as 360-degree images and 3D models of every three-dimensional artwork—over the next few years. Future iterations of Open F|S will also offer additional functionality such as sharing, curation and community-based research.

They are even getting the public involved by asking them to sign up to be beta testers for the Freer|Sackler and their newly digitized collection. 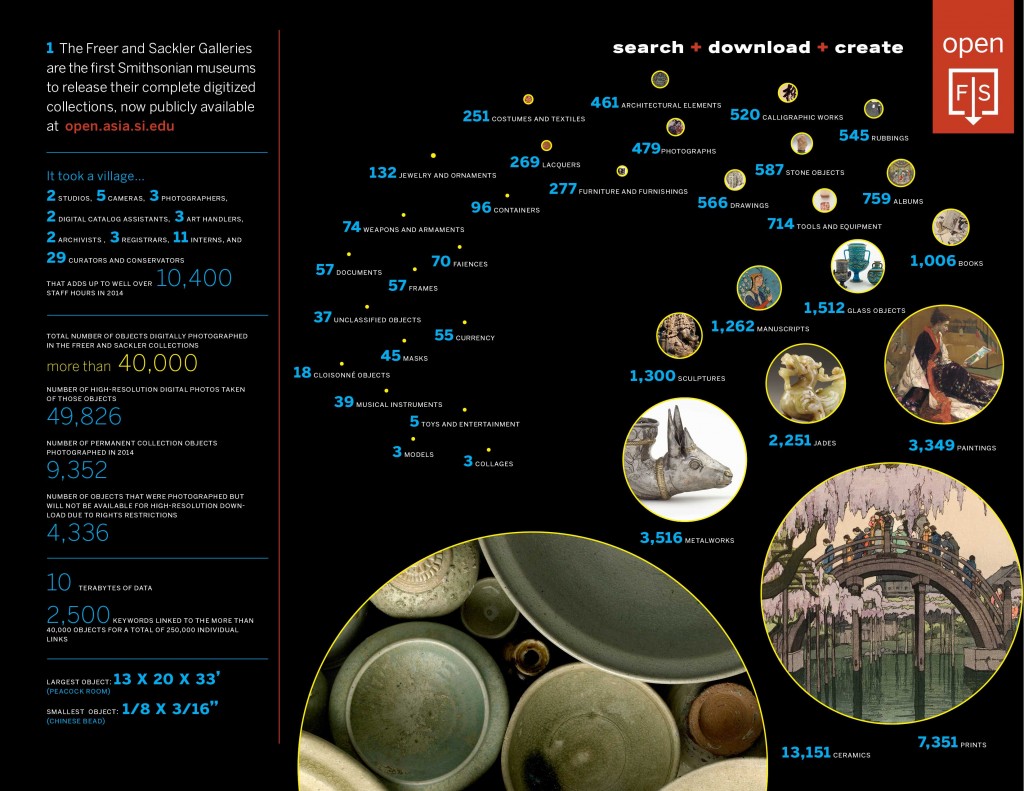 Infographic with facts about Open F|S and the digitization project. 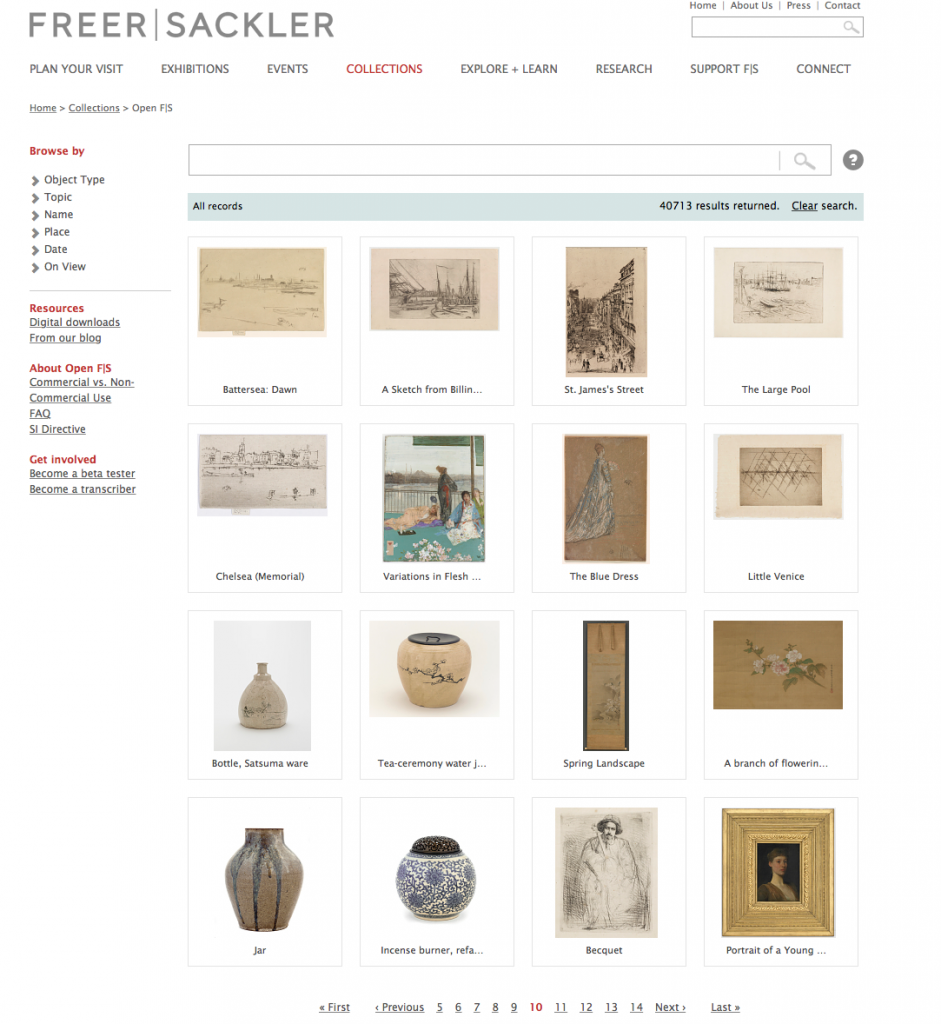 Screenshot of the Open F|S database