The City of Québec has been recognized as a World Heritage Site since 1985. The City is truly a museum in itself, with its wealth of heritage and traditions. In 2012, the Canada Research Chair in Cultural Heritage at Laval University with the City of Quebec embarked on a two year project to capture some of Quebec’s intangible and tangible heritage using the possibilities of today’s technologies to tell the stories and showcase the traditions and heritage of the City and its people for citizens as well as visitors. Original HD videos, firsthand audio accounts, some 30 interactive images of rare objects, more than 300 historical images, 3D reconstitutions of vanished sites and 360° views of little-known or inaccessible areas and rich original texts written by award winning author Martin Fournier propose a transmedia experience of exploration and discovery of this extraordinary City.
Discover Québec is unique in its heritage and educational vocation. With its GPS interactive map showcasing more than 450 rich media resources, an interactive timeline, the capacity to download content offline, creating favorite tours and to share the content using Twitter and Facebook, Discover Quebec is a truly complete and sustainable tool.
With the participation of Idéeclic, a digital media company for heritage museum and culture, it was possible to connect direct content editing capability to rich and interactive native iOS and Android apps. Providing interactive GPS map systems offline; a system capable of managing and displaying panoramas and 360 objects; navigation statistics from offline users and management and download capability for content exceeding 1.5 G. Discover Québec was already recognized with nominations to the NUMIX, OCTAS and Summit Creative awards.
A third historic neighborhood is being created and will be released in the spring of 2015. 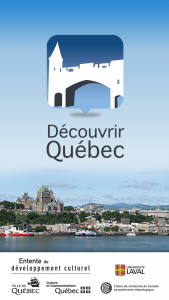 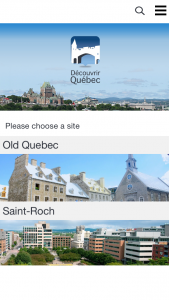 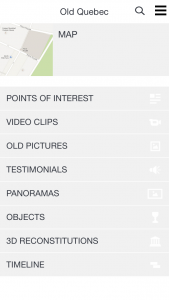 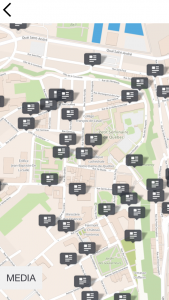 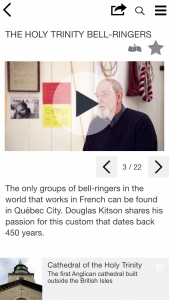 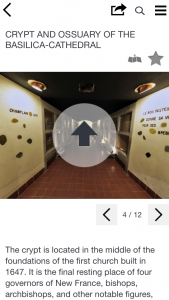 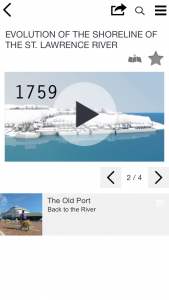 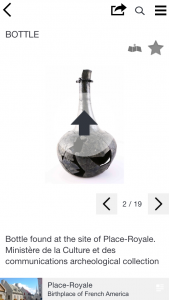