The Canada Science and Technology Museums Corporation (CSTMC) started releasing museum data as open data in the Fall of 2014, with the sharing of the museums’ entire artifact collection, including extensive “back-end” fields. The open data release has been a story of a data set, a portal, a community, and institutional culture change.

The CSTMC’s open data release is centred around its CKAN portal, geared toward open data enthusiasts and researchers. 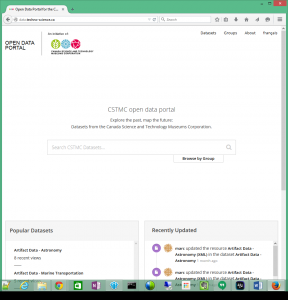 The museums decided to develop a CKAN portal, together with their partner, Think Data Works (http://thinkdataworks.com/ ), to provide an interface that is increasingly common in open data initiatives. The CKAN portal offers a clean interface, and supports browsability and searchability of many data sets, particularly as future data sets are released by the museums. New updates are prominently highlighted. 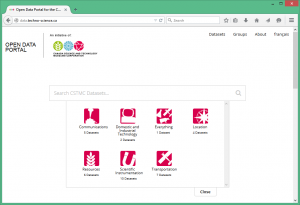 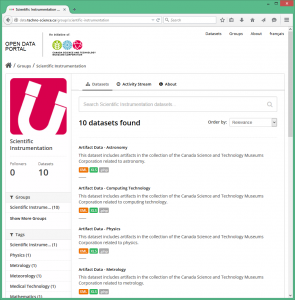 The portal is part of a broader set of open data resources offered by the museums. 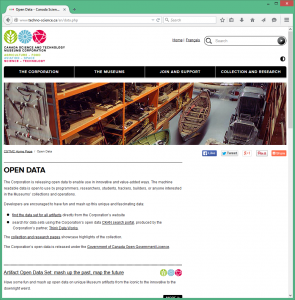 The museum also publishes its open data on the Government of Canada’s open data portal.

Community engagement has been a central part of the museums’ open data initiative. The museums are actively participating in the local open data enthusiast community, and have learned from that community ( http://opendataottawa.tumblr.com/post/101416362076/science-technology-museum-releases-open-data ). The museums also participated in the second national Government of Canada hackathon — Canadian Open Data Experience {CODE} 2015 ( http://techno-science.ca/en/newsroom/news-code-hackaton-2015.php ) — in which the museums were a featured data set ( http://open.canada.ca/en/content/featured-datasets ). 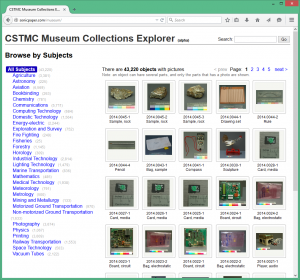 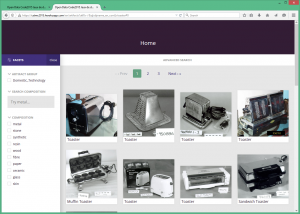 Additional projects are also in the works. For example, History students in collaboration with Digital Humanities at the University of Ottawa are working with the museum to mine the open collection data, producing a student exhibit on the History of Exploration and Surveying in Canada.

This project also represents significant culture change within the institution. The artifact data is the product of decades of cataloguing. We know the data is not perfect, yet we have released it, warts and all. The museum is “eating its own dog food,” building future initiatives off of open data releases. There is also an element of risk — the extensive set of artifact fields ( http://source.techno-science.ca/datasets-donn%C3%A9es/artifacts-artefacts/cstmc-artifact-data-dictionary-dictionnaire-de-donnees-artefacts-smstc.xls ) can be analyzed in innumerable ways, which could be viewed as a risk to the museums. Overall, the release of open data is an important step on a journey toward greater openness and transparency.