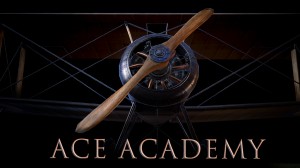 As Canadians enter a unique period in history commemorating significant anniversaries related to both the First and Second World Wars, Ace Academy allows all Canadians, particularly young Canadians, to see themselves as a pilot trainee during the First World War.

Ace Academy provides a dynamic experience on a platform able to engage with Canadians beyond the Museum’s four walls. Based on the Canada Aviation and Space Museum’s stunning collection of First World War aircraft, small artifacts and historical images, the app provides an insight into a widely recognized collection and rich period in Canadian and early aviation history. The app offers immersive, hands-on engagement, putting users in the virtual cockpit and ‘at-the-controls’. 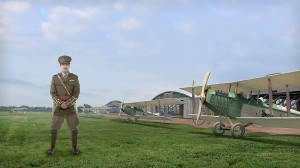 In Ace Academy, the digital visitor is a part of the narrative, becoming a cadet enrolled in pilot training, during the First World War. An experienced pilot, Flight Lieutenant Turnbull, guides the visitor through training exercises, designed as an engaging, “gamified” experience based on the actual training practices of the period using high quality 3D renderings of the museum’s aircraft and archival images of artefacts from the Museum’s collection.

The app was released, free of charge, in English as Ace Academy, and in French as Académie des as to ensure a rich, fully engaging experience was provided in each official language. In addition, the choice was made to include, as much as possible, access to all content in both audio and text format, pushing the limits of what was possible to include in an app without compromising downloadability or crossing acceptable industry standards for size.

Evocative and Interesting Use of Rich Media 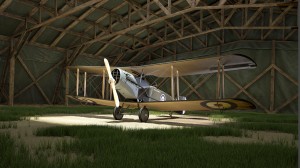 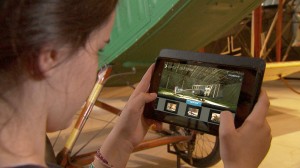 As a cadet undergoing pilot training, users explore detailed interactive 3D models of seven of the Museum’s First World War aircraft. The aircraft can be rotated for a full 360 degree view and have interactive hotspots detailing interesting facts and features. For each aircraft there is also an image gallery containing additional images including rare archival photos from the Museum’s collection.

Effective Use of User Interactivity 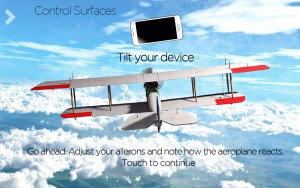 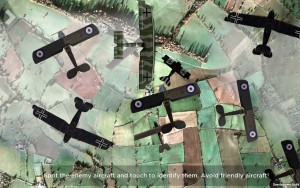 The app highlights interactivity by using the aircraft as a menu, driving users to interactive turntables. Within these sections, are displayed dozens of images and facts about each aircraft. The app further challenges the user/cadet to undertake activities relating to the course of study from the training syllabus – from swiping to learn basic aerodynamics to taking aerial reconnaissance photographs to learning advanced skills such as barrel roles and spin dive recovery on machines such as the famous Sopwith Camel. The activities make use of features such as touch screens and gyroscopes to immerse the user in their flight training. 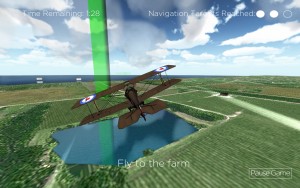 In reality, pilot training culminates with a solo flight and so for the final chapter of their training users put their acquired knowledge to the test on a solo flight of their own practicing controlling their aircraft and even conducting target shooting over the water.

Links between online and on-site activities 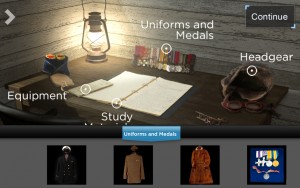 As users/cadets complete sections of their training they are rewarded with medals and unlock the next phase of the experience. At a mid-point they are rewarded with access to the Hidden Collection – photographs of artefacts, some of which are not currently on display. For Museum visitors, the app adds an extra layer of content to what they see before them, bringing them across the barriers, into the “restricted access” areas of the exhibition and onto the catwalks to see parts of the aircraft they can’t typically view.

Teachers and homeschooling parents can use the app with their students on field trips to the Museum to solidify concepts by capitalizing on the abilities of the device to reinforce learning objectives and in particular, reaches kinesthetic learners in addition to audio and visual learners.

Ace Academy is a refreshing way for the Museum to connect with Canadians across the country and around the globe. It adds an element of immersive interactivity, weaving a storyline with the exploration of artefacts and providing users with unique perspectives on the aircraft.

Since its launch in early November, Ace Academy, has been downloaded 12,000 times, in over 131 countries and has been featured in the App Store reaching #3 for Best New Apps in Education within weeks of its launch. In the words of Google Play reviewers, the Ace Academy, is:

“A fantastic adventure with so many layers of interaction! So awesome!” – Drew Kean